This week’s Bungie update details what is going to happen with the monthly playlist update and the date that Auto Update 2 will be released – both the playlist update and AU2 should be released on the 16th of September. EDIT: a later bungie weekly update suggests that it will be delayed and will be nearer to the 1-year anniversary of Halo 3 on the 27th of September — now confirmed for the 23rd.
You can read about Auto Update 2 and what it does to Halo 3 here. 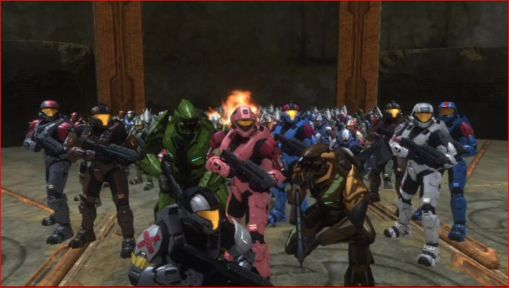 September’s matchmaking playlist update does make a few more changes than normal; as promised by Bungie a couple of weeks ago. A summary of the changes appears below:

Some of the playlists will see Bungie-forged map variants of Sandtrap (they’ll be no elephant), Epitaph (without shield doors), Snowbound (with some shield doors removed) and The Pit (with “with inaccessible spawn hives.” — That sounds annoying). The normal versions of these maps will also appear.

Also, they confirmed that they’ll be no bots / campaign characters in H3 multiplayer – just to hush those rumours after the thanks video’s.