E3 / BUNGIE TAKEN OVER BY SUPERINTENDANT!

The original purpose of this post was going to be to do with what happened at the Microsoft E3 press conference; due to my bias towards Bungie / Halo that will be a minor discussion in this post.

So… The 360’s gonna get a new dashboard in the Autumn / Fall; To be honest I don’t like the look of it but hopefully it will work ok. On the up side, it will have 8 person private chat w00t! Fortunately, they clearly realised that people don’t like change — the xbox guide (accessible by pressing the guide button!) will take the form of the blade-like dashboard we currently have and you will be able to use it in game and in the dash.

Gears of War 2 looks awesome and will be released on November 7th.

Fallout 3 looked cool but the demo didn’t show enough for me to decide whether it will be worth buying — this is combined with the fact that I haven’t read anything about them in the past so I can’t tell!

A few more announcements… including that Final Fantasy XIII will be on the 360 and it was the end of the conference leaving Halo / Bungie fans severely disappointed.

Not even a mention of Halo Wars and this after the Bungie guys on the Podcast severely suggesting that something was going to happen on the 14th.

AND SOMETHING DID HAPPEN!

THE SUPERINTENDANT HAS TAKEN OVER AND A COUNTDOWN IS SHOWN COUNTING DOWN TO 2:07:07PM ON THE 16TH! 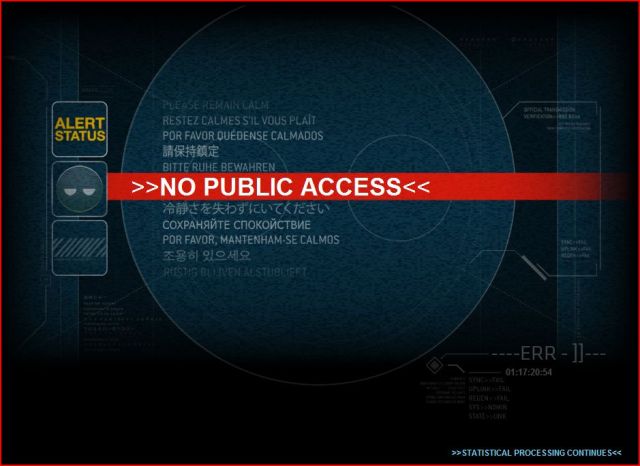 To be honest; no-one really knows what is going on with the Superintendant but it is driving all the Halo / Bungie fans crazy and it definitely shows that Bungie can capture the attention of people without using the Microsoft conference like others do.

If this is the beginning of an ARG like ilovebees.com, it’s certainly trying to get the attention of a lot more people; and I think it’ll succeed.

So, yet another post where I leave you waiting for an announcement or something else from the brilliant company that is Bungie.

Edit: just been linked to this page http://www.bungie.net/Inside/soffish/Soffish.html links in with that fish on the Bungie Day 2008 theme….

Someone explain it all!!!

3 Responses to E3 / BUNGIE TAKEN OVER BY SUPERINTENDANT!