Funeral for a Friend are disbanding, their final gigs are this Friday (tonight) & Saturday in London, where they’ll be playing their second & first albums respectively in full. I’m really excited to see them again, it’s been nearly a year since I last did, but I’m gutted that it’ll probably be the last time.

They announced their final tour back in September… it hit me hard:

I was kinda dejected for the rest of the day, not wanting it to be true.

I’ve seen them live probably on average twice a year since 2007 and I’ve gone with every one of my best friends, well, except that one who’s never been to a gig…
I need to find another band as awesome that tours regularly!

Their history is mine, at least, and they’ll be more than a line in my book; but that’s enough trying to cram lyrics into a soppy blog post. I’ll leave it with some of the best memories I have of them over the years:

Maxwell “crowd-surfing” over maybe two people to the front of KCLSU, an act that had a couple FFAF band members point and laugh at him. – 2008

FFAF coming on to the Terminator theme at ULU; damn that was epic. – 2009

The guy jumping off the balcony at Darran’s last gig at the Shepherds Bush Empire.
Buying the DVD twice as I somehow lost the disk, and being a little disappointed they cut out the band asking if the guy was ok.- 2010

Nearly throwing up right before they came on in Reading, thanks to damn Pete and tons of beer, then getting super close to the front to shoot the video above. – 2010

Duel-wielding pints solo at the Electric Ballroom and singing along to Casually Dressed with enthusiastic strangers, then getting annoyed at them when they started complaining about new tracks being played (on a new-album tour!). – 201

Post-gig update:
The Friday when they played Hours was epic; the first encore song was I Am the Arsonist, which I think has only ever been released on the b-side of Your History is Mine, I was definitely in the small minority that was singing along, which makes me some kind of weird devoted superfan I guess. Into Oblivion was fucking epic, and it was good to hear 1% again

The Saturday had Casually Dressed in full, and the inevitable end was with Roses for the Dead and Hours.

Words cannot express the gratitude and love we feel. Thank you for giving a shit. Much love. FFAF. 2001-2016 RIP. pic.twitter.com/KPZHXuuVFO

I shed tears, @ffaf are gone, they were fucking legendary and they’ve left a hole. #lastchancetodance Bye! 😭 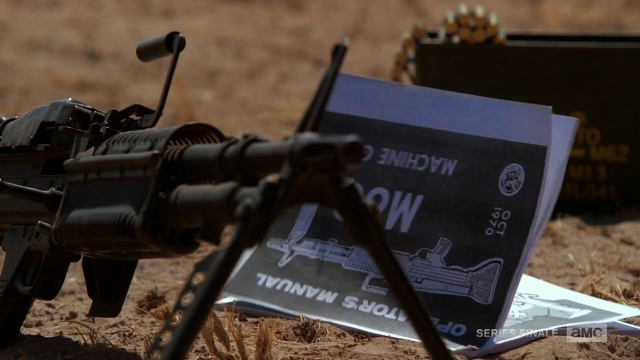 A mighty fine ending to such a great show.
END_OF_DOCUMENT_TOKEN_TO_BE_REPLACED

END_OF_DOCUMENT_TOKEN_TO_BE_REPLACED

Posted on September 9, 2013 by Josh Anderson

Posted on September 2, 2013 by Josh Anderson

END_OF_DOCUMENT_TOKEN_TO_BE_REPLACED

First of the final 8…

END_OF_DOCUMENT_TOKEN_TO_BE_REPLACED

Breaking Bad – A look-back before the final 8 episodes

Before Sunday night’s new episode of Breaking Bad, let’s review where things are sitting after the first 8 episodes of season 5.