A rather good episode, I thought….

…it really seemed to advance the story quite a bit.

First off, this episode was entitled “The Last Recruit” — having watched it, I’m not exactly clear on who that’s about…. Jack joining team Mocke, perhaps Desmond getting Claire on board in the alternate world? I don’t know.

Anyway, Sun an Jin finally met up, that was rather nicely done. She’s fine and the baby too, in the alternate world. They are of course taken to the same hospital everyone has been to this season — including Locke. When Sun’s being wheeled into the hospital she starts freaking out when she sees Locke next to her… I assume she had some realization of the island timeline and was afraid of him since he’s the smoke monster…?

Of course, it had to be Jack who gets called in to do the surgery on Locke; upon seeing his face Jack says “I think I know this guy”. It’s probable that he’s just remembering him from the airport, but I suppose there’s a chance he’s remembering Locke from the island.

Both of the zombies, Sayid & Claire (okay, I’ll admit, Claire isn’t really a zombie but, I digress) seemed to show some inkling of a personality in this episode — Sayid clearly didn’t kill Desmond like Mocke asked him to and Claire had a brief moment of relative sanity with her bro, Jack. Perhaps Sayid does indeed have feelings still. 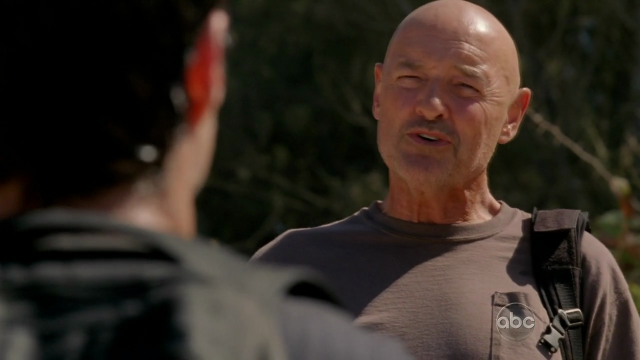 So, according to Claire once Mocke has spoken to you you’re on his side; hmmmm. That would make, erm, everyone on his side. Surely it can’t be that way.

There were some surprising character contrasts — Jack having complete faith in the island; to the extent that when he left it, he felt as though part of himself was missing… causing him to jump off the boat and swim back. Also, Kate saying we have to go back to the island! Admittedly, I’m guessing she’s just saying that because of Jack, but still.

Mocke speaking of how pathetic Locke was felt rather cruel, though it was quite funny that he was saying it to Jack who, it seems, is on the island for that reason alone — he has faith.

I assume Desmond knew that Jack’s lawyer was looking for Claire and that’s why he took her there? If so, I’m wondering how he knew that!? Either way, it was all very coincidental.

Oh yeah, there isn’t an episode on next week, 😦 in 2 weeks time there’s “The Candidate”.

“Sayid ain’t invited, he’s gone over to the dark side”
“Yeah, but you can always bring people back from the dark side… I mean Anakin” 🙂