Posted on September 9, 2013 by Josh Anderson 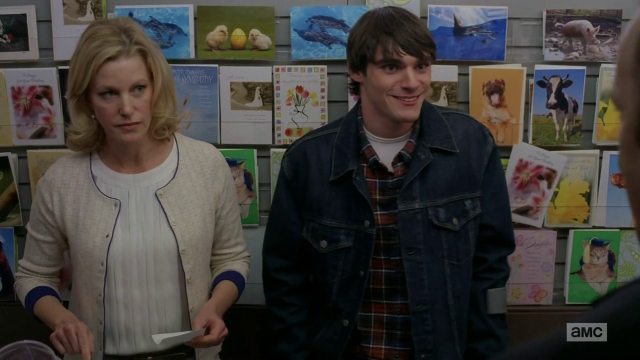 Holy crap this episode was good!

AAARGH another tantalising cliffhanger again though!

It’s not looking good for Hank & Gomie at the moment. I actually wouldn’t be surprised if Gomie gets killed off & Hank seriously injured, perhaps even killed too as a result of the firefight we didn’t get to see finish yet. Especially given the call between Hank & Marie — Hank’s last words to her are “I gotta go. May be a while before I get home. I love you” 😦
As is usual for bad-guys shooting on TV, no-one was really hitting very much, but I expect that’s just to delay the gratification on this until next week.

Now that I think about it, it kinda adds up somewhat to the flash-forward we’ve seen — Walt isn’t in jail, so Hank obviously didn’t succeed in locking him up, and he might have to go cook meth for the white supremacist guys now that they’ve saved him. He’s made a deal to cook once for them after they kill off Jesse, but I get the feeling it won’t be that easy getting off. Perhaps they’re the targets for the massive gun & the ricin from the flash-forward. Jack (Todd’s uncle) certainly didn’t approve of the great Heisenberg not being able to kill off Jesse himself. 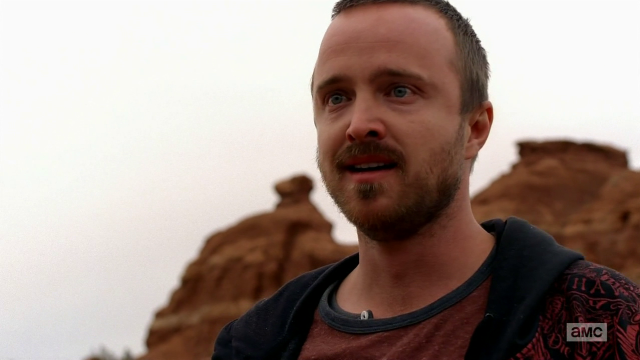 Jesse’s plan to attack Walt where he really lives was apparently a plan to attack Walt’s greed. Tricking Huell into revealing some of the details about Walt’s money was the first step, but the genius move made by Hank was to use that info to trick Walt into thinking Jesse was burning it all.
He’s admitted to a few of his crimes on an (illegally) tapped phone now, but I don’t think that’ll lead to much.

Walt looks absolutely destroyed when he finds out Jesse is working with Hank now; he still didn’t expect that. And after he found out it was Hank & Gomie in the car, he seemed to be out of ideas, and no longer wanted the hit on Jesse.

All in all, this was a really great episode, and I’m left wondering where we’re heading next after this cliffhanger (perhaps a hospital / morgue :P).
Until next week! 3 left.