If you haven’t seen this episode: Spoilers follow after the break, brotha…

Frankly, this episode was niiice. I thought it was good to be away from the ‘main’ plot of Jack, Kate, Sayid….. getting back to the island for an episode.

Though, I guess I may be in the minority in thinking that. A lot of people, I’m sure would rather have resumed that storyline from last time.

But, this episode offered some interesting revelations:

Widmore. He was on the island! I always suspected this due to his extreme interest in the island, but it’s nice to know more about his past. We still can’t tell why exactly he was on the island — he doesn’t appear to be part of the US military / army who were there to test the H-bomb; especially as it seems that Richard’s people have killed them all off. And it should be more interesting to find out how he ends up off the island with no idea how to go back and a life long desire to do so. 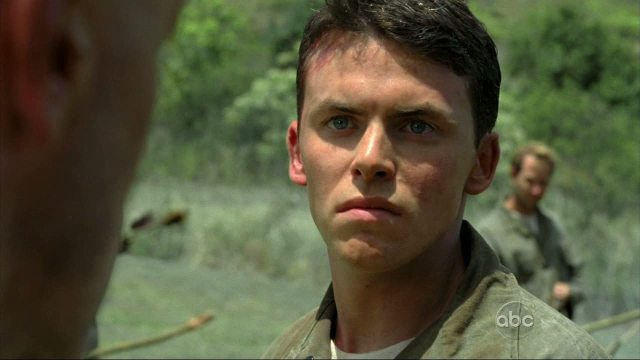 I don’t think Charlotte will suffer the same fate that Minkowski did, and that Desmond nearly did. At least, I hope that she doesn’t. Initially I was unsure about her character, but it seems that she has some interesting stories to tell. Especially with that hint that she may have been born on the island. Also; she seems enough of a major character now to not be killed off so close to her introduction.

Will Desmond meet anyone we know in Los Angeles (Jack? Kate? Ben? — that might spell trouble for Penny). It’s weird, because both Penny and Desmond seem to be under the impression that Widmore is out to get them. Yet I don’t see any reason for him to do so & we know that Ben has more of a reason. Am I missing something?

According to what I’ve read, the ‘enhanced’ version of the Lie (episode 2) which gets shown after the normal showing in the US revealed that Ms Hawking’s [the old woman who knows about time who talked to Desmond and more recently, Ben] first name is Elouise. Sound familiar? That mouse that Faraday had was named Elouise. And, the girl that was holding a gun pointed at Faraday for a large point of this episode was called Ellie!

Could that be Faraday’s mother? After all, Desmond was told that she was in Los Angeles — where Ben is, with Ms Hawking [the old woman :p]. At this point, it’s looking fairly likely!

Thought it was nice that Penny & Des’s boy was named Charlie.

Anywho…. that’ll do for now, I’m sure that I’ll think of something more to put here later.